Russians/Ukrainians follow the Chinese year symbols and 2014 is the year of the horse.

Perhaps there is no better time to experience the mood and pulse of the Russian people’s devotion to family, their culture, and to their Motherland than over the New Year’s holiday celebration. Just to hear the Russian national anthem on this solitary moment can be the experience of a lifetime!

Come and spend New Year’s Eve in Russia. Gather with extended family and friends in a compact apartment crowded to the walls with those you love and cherish. At about 8pm the salads begin to appear on the table, then soon followed by a never-ending stream of food as favourite Russian culinary delights make their way from the kitchen to the living room table over the next several hours.

The treat shown next is a treat and very simple to make. All you need are small torts/tarts/crackers, caviar, cream cheese and dill (without the stems). Spread on the creamed cheese, add a little dill and then spoon on a small helping of caviar. Chill and then serve. Very tasty!

Sometime during the evening the music starts and lively dancing and toasts begin. The finest champagne is held in reserve for after the midnight bells toll from the clock at the Kremlin. As the clock begins to tick down the final hour, all eyes and hearts turn toward Moscow, affectionately called “the centre” of all the Russias.

Just before midnight every television station switches to the Kremlin whose distinct red walls are dressed in a dramatic display of lights bathed in falling snow from Red Square.

The President will appear on the screen and in a solemn style deliver the traditional greeting to the Russian people. It is usually a very short speech and all across Russia the music has stopped.  Dancing feet become still.  It is as if even the sounds of the streets and the hissing steam from the heat radiators have also grown silent.

Traditionally the president offers words of best wishes to the people and afterward comes the announcement for which everyone has been waiting: The President announces the length of the government holiday.  His pronouncement will affect everyone from government office workers to school children and their teachers to policemen and to many private business workers.  And at the end of his one minute speech the Kremlin clock tolls midnight and the President ends his address with the familiar С Новым годом (“sno-vim godom”), Happy New Year!

Those gathered for the celebration, whether home or at a restaurant, and especially the elders and war veterans, stand at attention, glasses in hand, waiting for the playing of the Russian national anthem. Immediately the anthem begins and afterward the glasses are raised heavenward in toasts to health, wealth, and happiness for the coming new years. Kisses, three times on alternating checks, are offered around the room.

Quickly New Year cakes appear on the table. And fruit. And more champagne. Dancing begins again and now the sigths and sound of fireworks carry across the land. The night sky is charged with colours so vivid, so bright, and so promising.

Children are bundled in heavy winter coats and carried outside to watch the dazzling displays as the cascading lights arch across the normally dark and brooding Russian skies. The celebration of fireworks outside, and parties indoors, will continue until 3 or 4 in the morning.

For many, sleep will come eventually but usually on a crowded sofa or even a blanket on the floor depending on the number of guests. Others will wait out the night, often it is the men who sit in the kitchen or in a hallway and chain-smoke away the remaining hours until dawn begins to belatedly peer across the Russian horizon.

It is a very popular tradition across the former Soviet Union to watch the movie Ирония судьбы или С легким паром (“The Irony of Fate or Enjoy Your Bath”), part one and part two. You will want to watch both parts in order to enjoy the entire story!

The The Irony of Fate, or Enjoy Your Bath! (Ирония судьбы, или С лёгким паром!) is a Soviet comedy directed by Eldar Ryazanov as a made-for-TV movie.

The movie is a love story set in humour and the film is traditionally broadcast in Russia and some other former Soviet republics every New Year‘s Eve. Its as fondly viewed every year as the American film It’s a Wonderful Life is during the Christmas holidays.

Wikipedia describes the movie this way:

On New Year’s Eve, Muscovite Evgeny Lukashin (Andrei Myagkov) finally dares to make a marriage proposal to Galya (Olga Naumenko). They plan to celebrate the New Year together quietly, but Lukashin’s friends convince him that first he should attend their annual meeting at a bathhouse. The meeting quickly turns into an improvisational bachelor party for Evgeny. Having consumed large amounts of alcohol, they cannot remember which one of them was supposed to fly to Leningrad to meet his wife. So they put the sleepy Lukashin on a plane.

Upon his arrival in the Leningrad airport, Evgeny gives the taxi driver his Moscow street address and the cab takes him to an apartment complex located on a street with the same name. The building looks very much like his own, so Lukashin, still not quite sober, does not realize that he is in another city. He enters someone else’s apartment because his key fits the door lock and he quickly falls asleep on a couch.

When the apartment’s rightful resident, Nadya (Polish actress Barbara Brylska), comes home, she wakes up the intruder and tells him to get out. The bewildered Evgeny insists that he is at home and she is the one who should get out. Eventually he sobers and finds out about his predicament. He is about to leave when the situation is further complicated by the arrival of Nadya’s straight-laced fiancé Ippolit (Yuri Yakovlev) who does not believe in Lukashin’s story and accuses Nadya of being unfaithful. The interaction between the three characters results in Nadya and Evgeny’s gradual falling in love with each other. (Wikipedia)

Many memorable quotes from the film have become catch phrases in the Russian language. There are two parts, 1 and 2, of this wonderful comedy. For your understanding this movie is presented with English subtitles.

Part One is at this link.

Part Two is at this link. 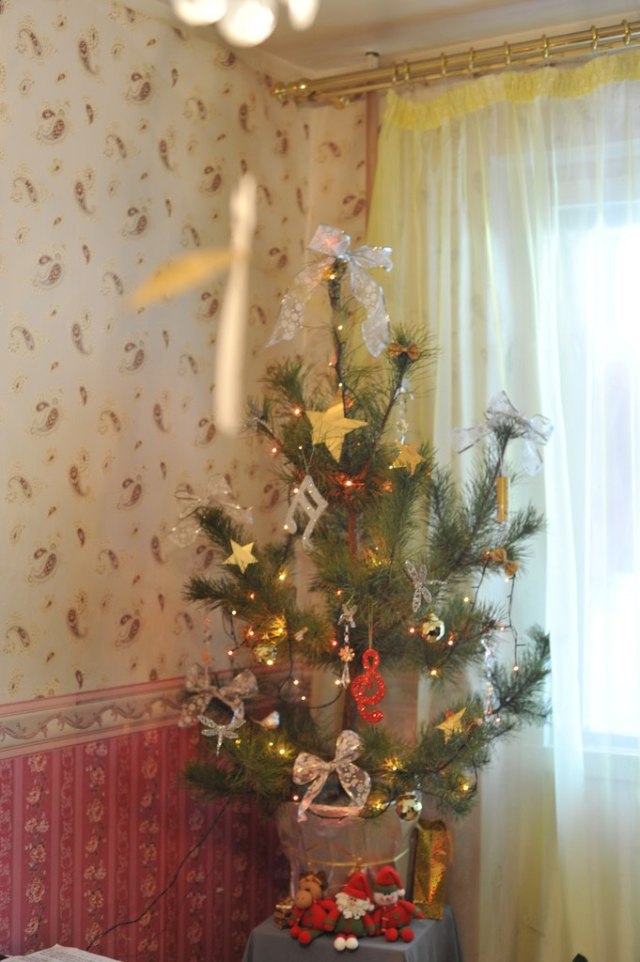